Finland: On Top of the World

Finland: a country of extremes

Newsweek has proclaimed Finland the best country in the world. But some Finns disagree


"But what about suicides, depression, alcoholism and our cold, dark winters?" many Finns protested yesterday, after Newsweek named Finland "the best country in the world". Scored for education, health, quality of life, economic dynamism and political stability, Finland narrowly beat Switzerland (2) and our neighbours and arch rivals, Sweden (3). As ever, our foreign minister, Alexander Stubb, was more positive, urging the Finns for once "to express their pride and sincere joy for the honour".
But gloating does not come naturally to us, even though Finland has topped the OECD global education assessment three times in a row. There is an underside to the educational excellence. Two bloody school massacres, in 2007 and 2008, claimed 20 lives. A tragic coincidence, certainly, but many of us feel that Finland is a Jekyll-and-Hyde country. We have both the positive and the negative in extremes, just like sunshine: the never-setting summer sun is offset by several months of dark winter. It is precisely these adverse circumstances that have created an ordered, egalitarian society. Having been a very poor country up until the 50s, Finland has always relied more on co-operation than competition; and if you agree with the Newsweek panel that low levels of inequality and a small gender gap are desirable, Finland is bound to outdo the UK (14).
In a matter of hours, though, Finland's leading tabloid newspaper, Ilta–Sanomat, exposed an error in Newsweek's survey: it seems the magazine may have mixed up the top two scores, and Switzerland should win by a whisker! Sabotaging our own success befits us perfectly: both the optimists and the pessimists can agree that the number two slot is our natural lot in this world. And maybe we proved a point about top-notch education – the Finnish have better maths skills than Americans.
Timo Harakka is a Finnish TV journalist, author and columnist 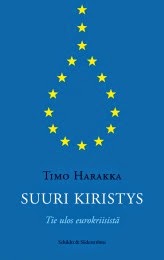 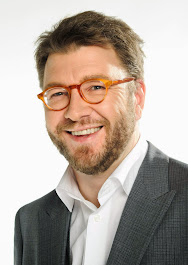